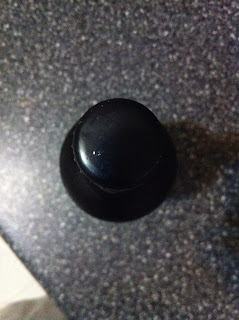 The Low Down:
Sleek black and gold packaging on a very pirate shaped bottle. This beer certainly looks the part. As a newcomer to welsh golden ale, I didn't quite know what to expect. The 4.2% alcohol rating didn't look promising,

I don't know if I was right or wrong but this beer is delicious, right up until you stop drinking it. The aftertaste is reminiscent of ear wax and ruins what is essentially a fruity and hoppy ale.

I endeavoured to keep it in my mouth longer to avoid the after taste, and while I did, it was delicious and citrus with peppery notes as well.

The bottle does have an early Celtic history on it, which is a nice touch. 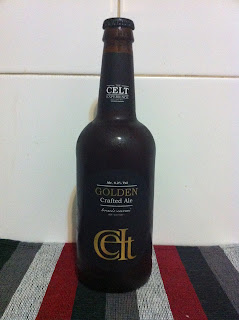 Packaging: 8/10
Great design, the bottle shape is a little ungainly until you become accustomed to it.
Refreshment: 7/10
The malty, waxy finish aside, this beer is fairly refreshing.
Flavour 6/10:
With the exception of that after taste, it's pretty much how you want a golden ale to taste, and then some. But there is that after taste.
Alcohol Content: 4/10
4.2% not really enough, but it is a very big bottle.
Price: 8/10
$5.00. Micro-brewed in a far away land with certified organic ingredients. Quite acceptable.
Total: 33/50 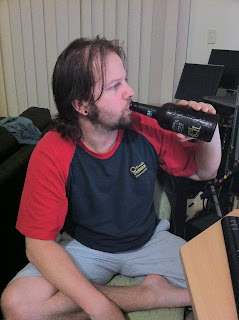 Conclusion:
Micro-brewed and organic. If these things are important to you, then you may really enjoy this beer. I'm finding it hard to decide what this beer would best be matched to, but I'm leaning towards ribs. Ribs or whatever the ancient druids ate in 500BC.
Cheers.
Posted by Unknown at 9:55 PM