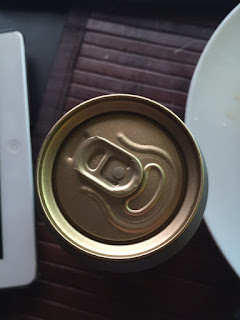 The low down:
I didn't even know where Botswana was when I started this beer, I mean I assumed Africa, probably near the bottom, but I didn't have a concept of the country in my mind.

Turns out it's a land locked nation just north of South Africa, and famous for safari, and being one of the only countries in Africa to hold consistent democratic elections.

Their beer is also pretty nice, when approached from the comparative mess that is African macro brewing.

For example, did you know that there are hops in beer? apparently most African breweries don't, but they are in St Louis, you can actually taste them! It's let down a little bit because you can tell there's something other than barley, and not in the rye or wheat way. 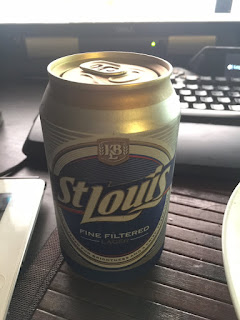 Packaging: 4/10
Pretty ordinary can, a little shorter than I am use to.
Refreshment: 7/10
I reckon that Africa is pretty warm, everywhere. This will sort you out.
Flavour 8/10
Surprisingly flavourful for a macro African beer.
Alcohol Content: 4/10
3.5% Sessionable, but could stand to be a little bigger.
Price: 9/10
$2.00 I didn't ask as it was a gift, but the internet tells me they can be had for around this 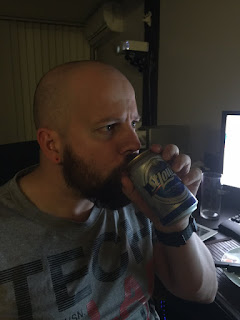 Well It's not a Single hop IPA from the West coast of the USA, but I'd suggest it is on par with Windhoek from Namibia, which is the gold standard I measure African lagers against. Drink this with boerwors, because sausage might be the ultimate beer food.
Cheers.
Posted by Unknown at 9:36 PM