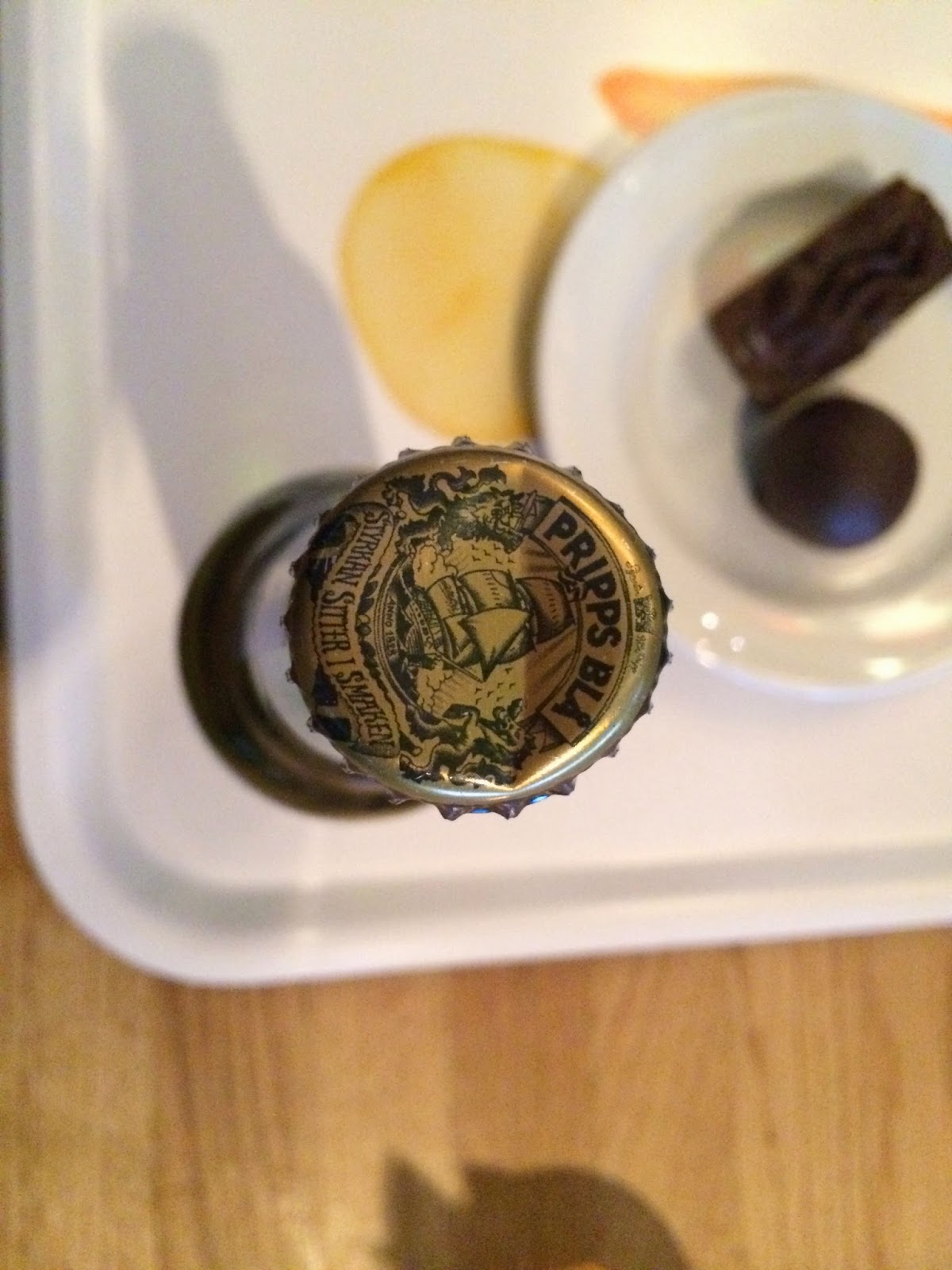 The low down:
The Swedes have a recent reputation for the most sugary cider in all the land. It's strange then that their macro produced beer is sour and bitter. I drank this at the world famous Vasa museum, and while it isn't a terrible beer, you should probably save your funds for important things, like food and accommodation.

Sweden is expensive, it was the second most expensive country we visited (only beaten by Norway which was just ridiculous) so when you pay 12 dollars for what is effectively a not quite so crap Fosters, you can be forgiven for raising an eyebrow. 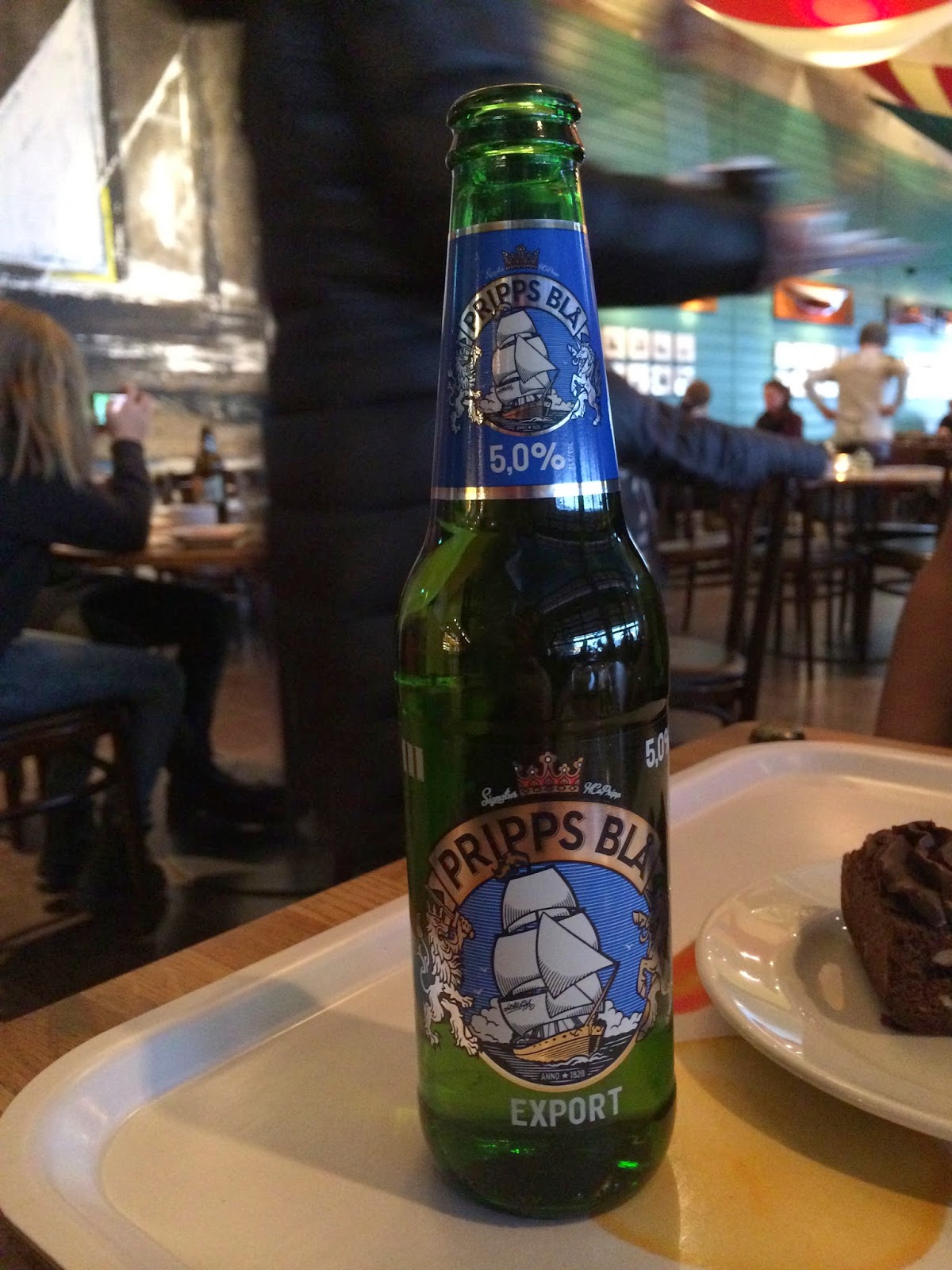 Packaging: 5/10
While I like the boat, someone told me that blue and green should never be seen, except with another colour in between.
Refreshment: 6/10
I was wearing full snow gear, and I was indoors. The -2 degrees out was all well and good, but you need a beer every time you set foot inside.
Flavour 5/10
Less dishwater than your average macro pale ale.
Alcohol Content: 5/10
5.2% a reasonable showing, but....
Price: 2/10
$12.00. yeah Sweden is expensive.
Total: 23/50 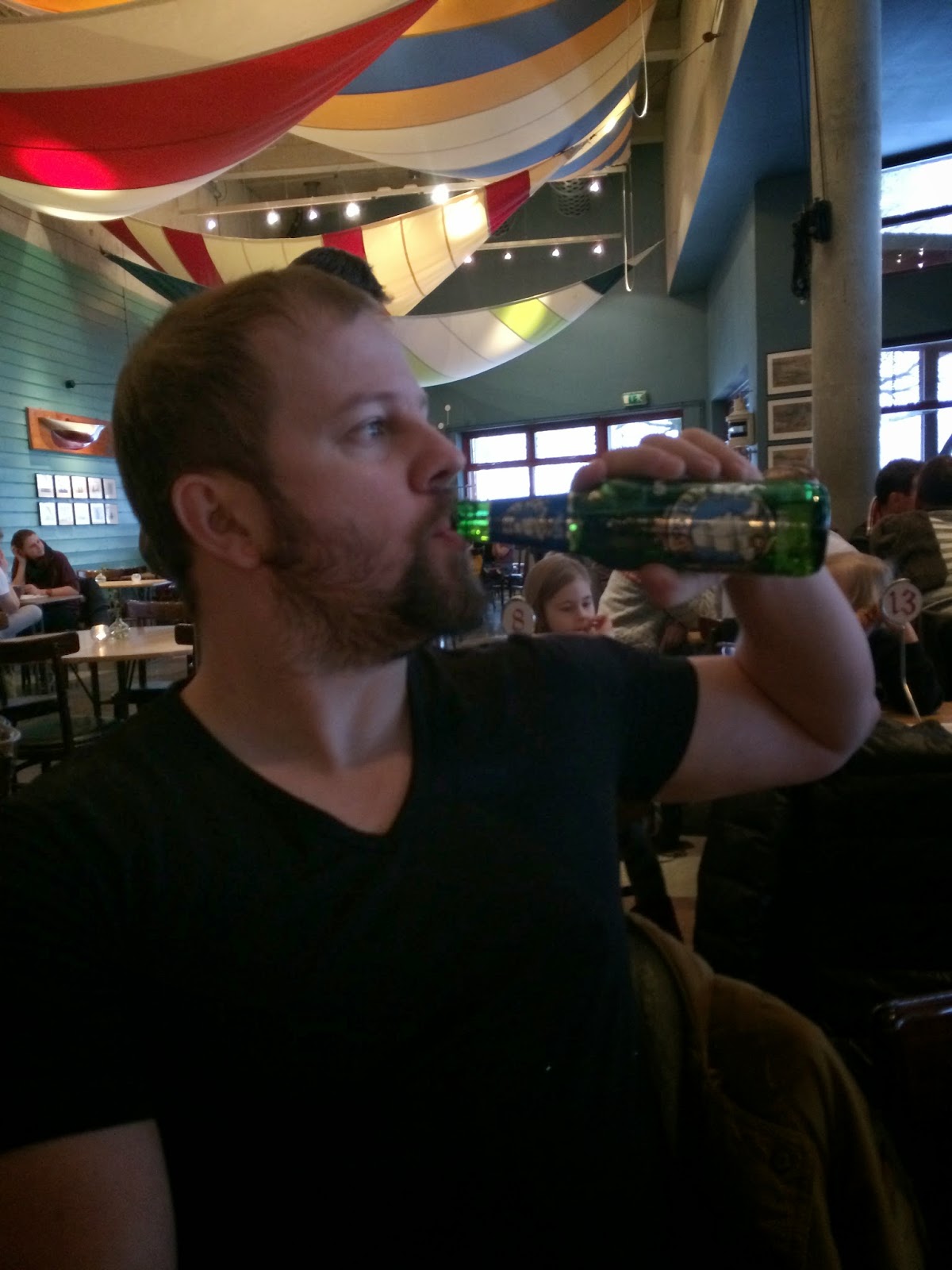 So in Sweden, drink mead. You occasionally find some dynamite Swedish craft brews, like Pistonhead or Monks, but the macro stuff, it's almost American and costs twice as much. Dink this with meatballs. Everything is better with meatballs.
Cheers.
Posted by Unknown at 8:59 PM